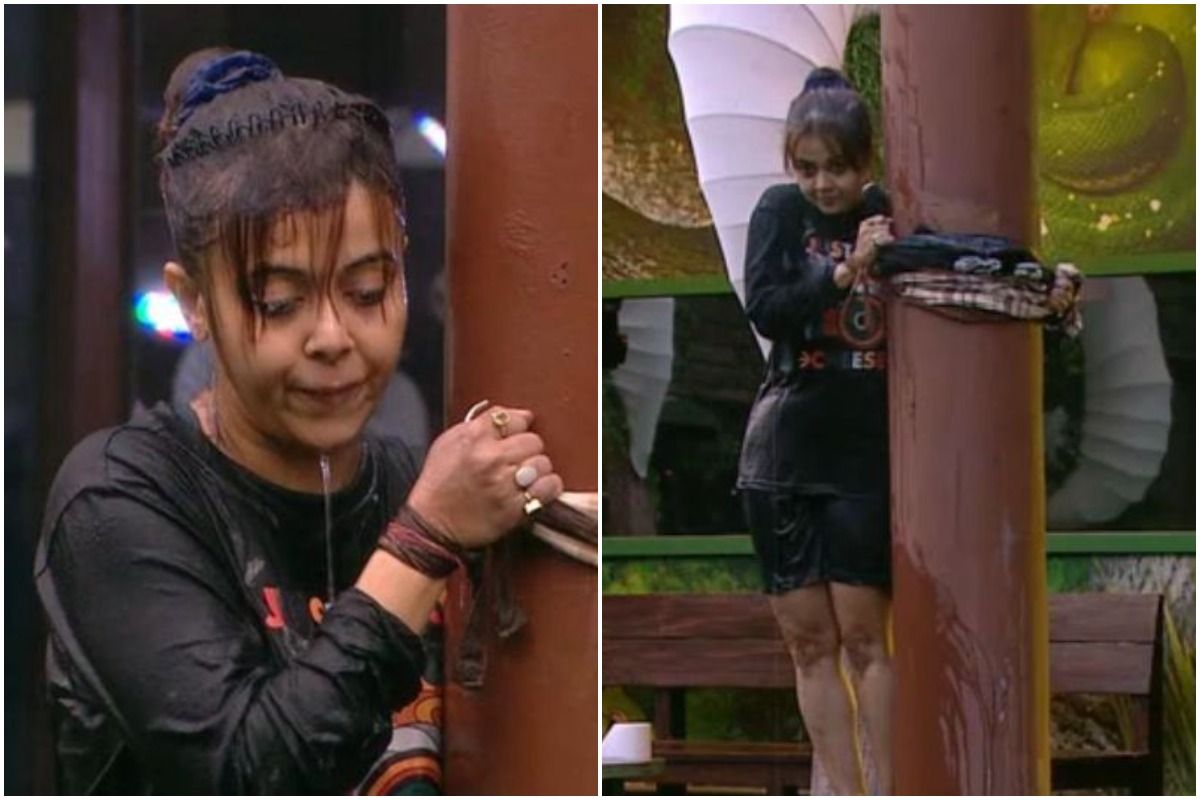 Bigg Boss 15 latest update: The competition between the contestants is becoming tougher in Bigg Boss 15. In the latest Ticket To Finale task, both Rashami Desai and Devoleena Bhattacharjee gave their best performance to stick to the game. While Rashami won the ticket to the finale, Devoleena fought till the end. During the task, she even peed her pants and got appreciated by her fellow housemates for giving 200 per cent in the game.Also Read – Bigg Boss 15: Tejasswi Prakash Reveals THIS Big Secret About her Family From Her Childhood

It so happened that two women were pitted against each other in the ticket to finale task. They had to stand on the poles near the pool area and the one standing the longest would win the task. The sanchalaks of the task were Rakhi Sawant, Karan Kundrra and Umar Riaz. The contestants were also asked to support whom they want to or attack whom they don’t want to see winning the task. While Umar showed support for Rashami, Pratik Sehajpal played for Devoleena. While the attack went from using shampoos to kitchen ingredients on both Devo and Rashami, the two women just didn’t budge. Also Read – Bigg Boss 15: From Red Chillies To Tabasco Sauce, Nishant Bhat Win Hearts As Netizens Call Him Taskmaster

Seeing their spirit, Bigg Boss made the game even tougher and asked them to stand on the pole without using any support. Both Rashami and Devoleena had already stood there for over 13 hours without giving up. In between, Devo said she wanted to pee and she didn’t want to leave the game. She then asked Pratik to throw buckets of water at her so that she can pee her pants. As Pratik threw buckets of water on Devo, she relieved herself and had Umar praising her for her spirit. Also Read – Bigg Boss 15: Abhijit Bichukale Picks Up a Bottle To Attack Devoleena Bhattacharjee After She Says, ‘Tere Upar Thookna Chahiye’

Later, as they fought more, Bigg Bogg took the task a notch higher and asked the two women to stand there barefoot and remove their footwear without anyone else’s help. By the end of the task, Rashami won the ticket to the finale but Devoleena won everyone’s appreciation. This was the same task during which Pratik and Umar got into an ugly fight and Bigg Boss reprimanded the latter by telling him that he would have to face the brunt of the audience for this in the Weekend Ka Vaar.