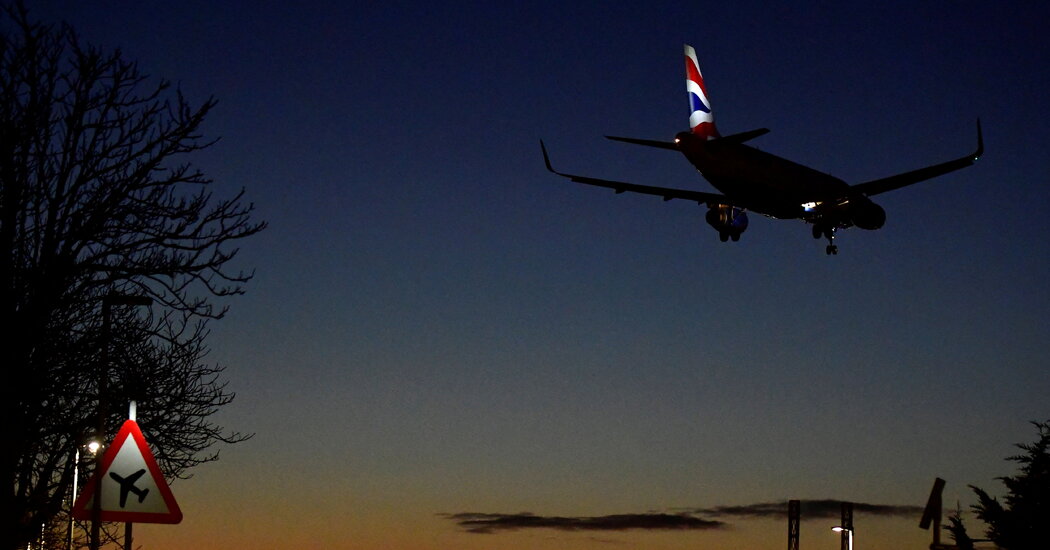 LONDON — Prime Minister Boris Johnson on Wednesday scaled back restrictions on people traveling to England as the Omicron variant appears to be so widespread that measures tightened in November can no longer stem the spread.

Starting Friday, vaccinated travelers will no longer need to take a test before their journey, Mr. Johnson said in a statement to Parliament on Wednesday. They will still need to take one within two days of arrival, he said, though a rapid antigen test is enough. As of Sunday the government will not require a more expensive PCR test.

The changes were welcomed by the country’s hard-hit aviation industry.

Mr. Johnson defended the stricter travel restrictions that were put in place in late November, when the Omicron variant was first identified, as necessary to slow its arrival.

“But now,” he said, “Omicron is so prevalent, these measures are having limited impact on the growth in cases, while continuing to pose significant costs on our travel industry.”

The decision announced Wednesday effectively takes Britain back to the same rules it operated in October. But unvaccinated passengers will still be required to take a pre-departure test and to self-isolate on arrival for 10 days, during which time they must take two PCR tests.

There were 194,747 daily cases recorded in the U.K., according to data released on Wednesday, near the record of 218,724 cases announced on Tuesday.

Mr. Johnson’s announcement covered England only, but Wales said it would take a similar step and Scotland and Northern Ireland are expected to follow suit.

Tim Alderslade, chief executive officer of Airlines UK, an industry body, said the relaxed rules were a “hugely welcome move at a critical time in the booking season for passengers.”

The change would, he said in a statement, “provide a massive boost to those wanting to travel abroad or come to the U.K. this year. People will now be able to book knowing that, for the fully vaccinated, all emergency testing restrictions have been removed.”