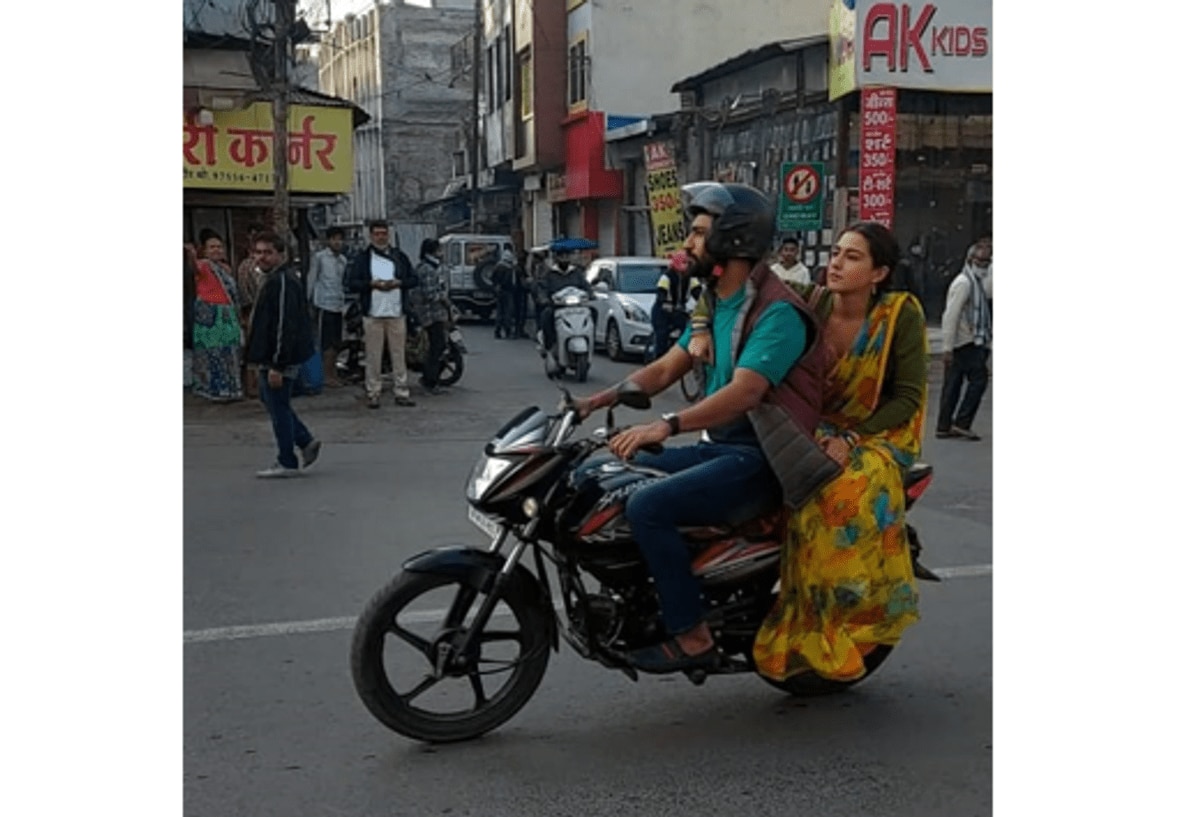 Indore: Even before the completion of its shooting, actors Vicky Kaushal and Sara Ali Khan starrer Luka Chuppi 2 has reached the police station! An Indore resident recently lodged a police complaint over the alleged ‘illegal’ of the number plate of his vehicle on a motorbike used in one of upcoming movie’s sequence. In a scene, Vicky Kaushal is seen riding the motorcycle with Sara Ali Khan seated behind him. The number plate of the motorcycle, the complainant claimed, is fake.Also Read – Vicky Kaushal Auditioned For Mohinder Amarnath’s role in 83 But Opted-Out Later, Here’s Why

Complainant Jai Singh Yadav told news agency ANI that though he’s not aware if the makers of the movie are aware of the number plate being fake, he wants action to be taken in the matter. Also Read – Sara Ali Khan Swears by These 4 Winter Skincare Routine For a Soft And Happy Skin

“Vehicle number used in the movie sequence is mine. I don’t know if the film unit is aware of it…This is illegal, can’t use my number plate without permission. I have given a memorandum at the station. Action should be taken in the matter,” said Yadav.

Rajendra Soni, Sub-inspector in Indore’s Banganga area confirmed that police has received the said complaint and the matter would be probed under Motor Vehicle Act.

“We received a complaint, will see whether number plate was misused. Action to be taken as per provisions in Motor Vehicle Act. If film unit is in Indore, will try probing them,” Soni said.

Luka Chuppi 2 is the sequel of Kartik Aaryan and Kriti Sanon starrer 2019 romantic-comedy Luka Chuppi. In the second installment of the movie, Vickey and Sara will come together as a pair on the big screen. Both stars recently started the shooting of the movie in Indore.

Few days back, a video came out were both actors were spotted riding on a bike in Indore city of Madhya Pradesh. In the video, Vicky was riding the bike in a green T-shirt, while Sara was sitting behind him in a yellow saree.